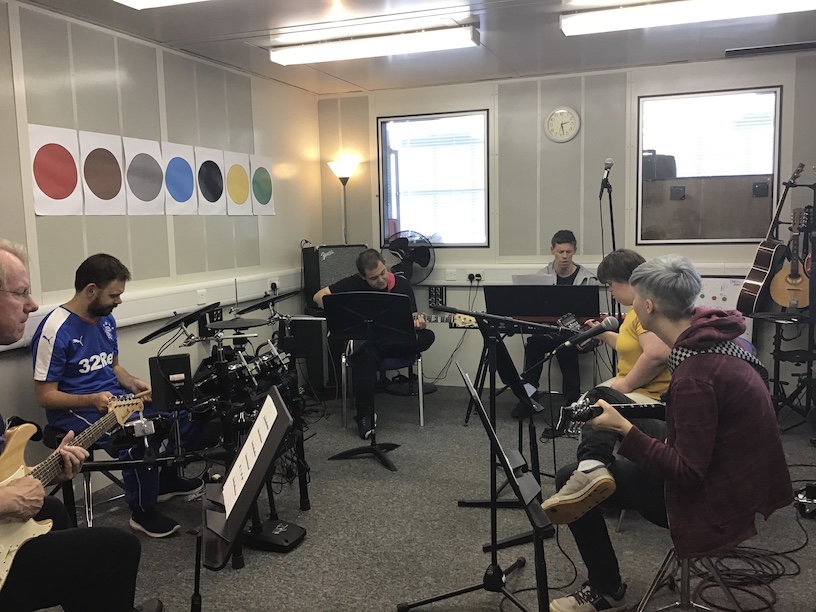 Music tuition for individuals and groups

Group and one-to-one instrumental tuition is provided at our base in Edinburgh and community projects also take place at a range of other venues. These can be tailored to suit the individual needs and musical preferences of the participants.

A year-round programme of music sessions held in our fully equipped and accessible studio in Craigmillar providing:

Audability is a band of four musicians supported by Drake Music Scotland, composing and performing their own brand of rock music with songs that have tinges of latin, funk and Scottish traditional folk thrown in.

Performing their own songs regularly at gigs, concert and festivals across Scotland, Audability have also recently unveiled the video for “Carry them along” which is the first track from their soon to be released album “Let it begin”.  The animated video was directed and produced by Helen Jackson & Adam Brewster at Show Them Pictures who very generously gifted their time and services as part of their “Free Friday” initiative.

Liveheart is a band with four regular members who meet in our studio on Tuesday mornings to rehearse and record their music.