A big thank you to

Our core and project funders

who nominated us to be the supported charity raising £250 at Edinburgh concerts performed by USA college music groups South High Jazz Band and Campbell University Choir in April and May 2017.

who raised £624 at Christmas Carol singing in Waitrose Morningside in December 2016.

who have raised £433 through their Christmas collections in December 2016.

who raised £1850 through two fabulous summer concerts in Edinburgh and Glasgow in July 2016. 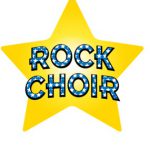 Glasgow Uni Music Club raised £367 through a raffle at their Christmas concert.

Dave Inkster raised over £260 at his Student Guitar Show in Banchory in October 2015.

Trefoil have donated £2450 towards the purchase of instruments and inclusive music technology for young people with disabilities to play in our MusicSPACE project.

Thanks again to Metaswitch who have made a £500 donation further to the support they gave us in 2014.

Thank you to Sainsbury’s Community Fund for their donation of £465 which will enable us to buy a range of Switches which enable people with disabilities to play music.

A big thank you to Glasgow Uni Music Club who raised £221 at their Spring Concert.

A big thank you to Royal Conservatoire of Scotland 3rd Year BEd Students who raised £227 at their annual charity concert.

Jenna Main is running and cycling a total of 116km in support of Drake Music Scotland.  Find out more at Jenna’s Justgiving page https://www.justgiving.com/72milesforDMS

Choirs of Westfield High School USA and the Peebleshire group InChorus presented a wonderful concert at St Giles Cathedral in April and raised £470.

A big thank you to the Edinburgh Office of Metaswitch Networks Ltd who have donated £300.

EUMS raised a fantastic £600 from carol singing events and presented the cheque to our Digital Quartet at one of their rehearsals in our studio.

BlackRock , asset managers and providers of investment management, risk management and advisory services, have supported Drake Music Scotland with a fantastic donation of £1800 which they raised at their recent Staff Band night.

ELM School of Music put on a fantastic concert in Edinburgh in June and raised money to buy Drake Music Scotland an iPad.

A huge thank you to Edinburgh University Folk Society who raised over £300 at a fantastic Masked Ball Ceilidh in December.

We are delighted to be chosen by EUMS (Edinburgh University Music Society) to be part of their award-winning Community Engagement programme.  In return for invaluable publicity and marketing opportunities (e.g. raising our profile with and advertising volunteering opportunities to their members and concert audiences), Drake Music Scotland look forward to offering advice on helping students with disabilities take a more active part in the musical life of the University.

A big thank you to Glasgow University Music Club who raised £50 for us at their Open Evening Concert in February 2012.

Photography Scotland are supporting us with some fantastic free photo shoots which we are using to help publicise and promote our work across Scotland.  We look forward to sharing Photographer Ros Gasson’s work with you (such as the photograph above from our recent Technophonia rehearsal) on our website in the future.

Southside Choir raised a fantastic £750 for Drake Music Scotland at their first ever summer concert on 1 June 2011 (see image above).  A large and extremely enthusiastic audience enjoyed their varied and entertaining programme and we wish them all the best for their future performances.

Rudsambee Company of Singers who raised £262.43 for Drake Music Scotland at their concert at Reid Concert Hall on 25 June 2011.

City Cabs Edinburgh has been supporting Drake Music Scotland since 2006 with eye-catching liveries helping to raise awareness of the organisation.  In addition, City Cabs has now generously donated £500 towards our work.

Edinburgh choir Sangstream have produced a CD from a recent performance at St Giles Cathedral and have raised £175 from sales which they have donated to Drake Music Scotland.  The choir who sing mainly from the Scots Traditional repertoire perform regularly around Edinburgh and the Lothians and more details about future concerts can be found at www.sangstream.org.uk.

Edinburgh choir Jubilo who raised £383.17 from an audience collection at their annual Christmas Concert at Greyfriar’s on Saturday 18 December.

Drake Music Scotland was thrilled to be chosen as one of four charities to receive free tickets for The Secret Garden, as well as the opportunity to hold an interval reception and a free copy of the Frances Hodgson Burnett novel to give to our participants.  Around 80 of our musicians and their families braved the weather and transport problems to attend the first night which has received rave reviews from the critics.  More info

Award-winning music retailer Red Dog Music raised £800 for Drake Music Scotland when it launched its new free fanzine THE DOG at a fabulous live music event at The Caves, Edinburgh on Thursday 28 October.  The exciting line-up included The Banana Sessions, The Black Diamond Express, Stanley ODD, The Ordinary Allstars, The Horndog Brass Band and live drawing from The Too Much Fun Club.

Close Shave Chorus (pictured above) who have to date raised £200 for Drake Music Scotland through sales of their new CD Autumn Leaves.  Based in Glasgow but bringing together 16 male singers from across the west of Scotland, the busy Close Shave Chorus perform regularly at Festivals (most recently at Paisley Abbey in a concert with Aled Jones), charity and corporate events as well as finding time to record a number of CDs including Autumn Leaves.