Drake Music Scotland was honoured to take part in celebrations marking the reopening of Aberdeen Music Hall.  Our Chief Executive Thursa Sanderson writes about our involvement and the difference it made to the participating children and young people.

On Saturday 8th December last year we were delighted to take part in the grand re-opening of the lovingly restored Music Hall in Aberdeen, run by Aberdeen Performing Arts.  12 pupils with profound physical disabilities and autism from Orchard Brae School performed an original piece they created over 10 weekly workshops at the school with our Associate Musician Abi Sinar. Based on classical music themes including Edvard Grieg’s ‘Morning Song’, Beethoven’s 5th Symphony and Dvorak’s New World Symphony it was rounded off with a moving performance of the Emeli Sande song ‘Read all about it’  expressed eloquently using Makaton signing.   Although there was doubt about some of them being able to perform, when it came to the day they gave an amazing performance in the Music Hall’s Big Sky Studio.  It was completely packed with family and friends delighted to see their young people  ‘with joy and pride written all over their faces’ as Abi  noted, controlling their instruments and taking command of the stage.

‘The staff at Orchard Brae School are amazing’, said Abi.  ‘They all understand that it is vital that the pupils are given time and space to learn to play completely independently. One member of staff commented: ‘It is his performance, not mine, I am not going to do it for him!’

‘The staff were willing to learn to use the technology to support pupils’, continued Abi.  The Deputy Head Teacher Karen Gebbie-Smith commented about one pupil with no independent movement who was able to play his solo by controlling a switch with his jaw, ‘I haven’t seen him smile like that in a long time’.

The restored Music Hall is a fantastic new resource for the city of Aberdeen and surrounding community and we hope to continue working with Orchard Brae’s pupils and staff on new ideas.  Click here to find out more about our All Join In programme of creative music projects in schools or email us at info@drakemusicscotland.org 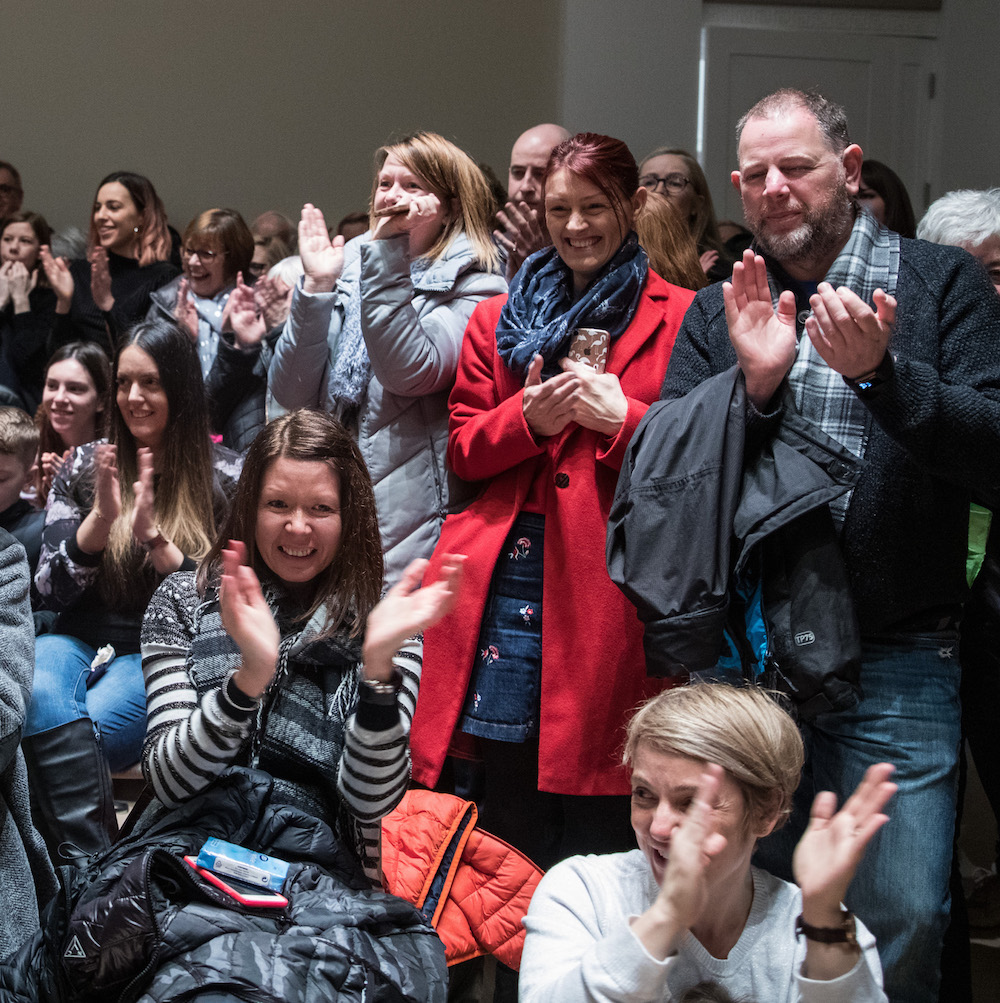